Babies are priceless, and expectant parents eagerly await the arrival of their tiny bundle of joy. The confinement period, primarily a Chinese practice refers to the first month of postnatal care after childbirth. The first month following childbirth undoubtedly is critical because the mother needs to be confined for strength and energy rejuvenation to avoid diseases like rheumatism or premature aging. During this time, the mother adheres to specific rituals and eats traditional chinese confinement food, which is critical for her healing and energy restoration.

According to Chinese tradition, confinement meal recipes include some special ingredients that are healthy for a new mother. Continue reading to learn more about these ingredients and the advantages of these common ingredients.

Sesame oil is used in the preparation of the majority of tasty Chinese confinement food for new mothers after childbirth. Oil made from refined grains has long been used by Chinese physicians to cure ailments like inflammation and constipation. Minerals including iron, calcium and phosphorus are abundant in the oil. It also contains a lot of polyunsaturated fats and vitamin E, both of which are important for the mother’s health. This oil has been used by new moms to reduce wind in the body and promote blood circulation. Its antidepressant and anti-oxidant characteristics make it appropriate for postpartum depression sufferers. 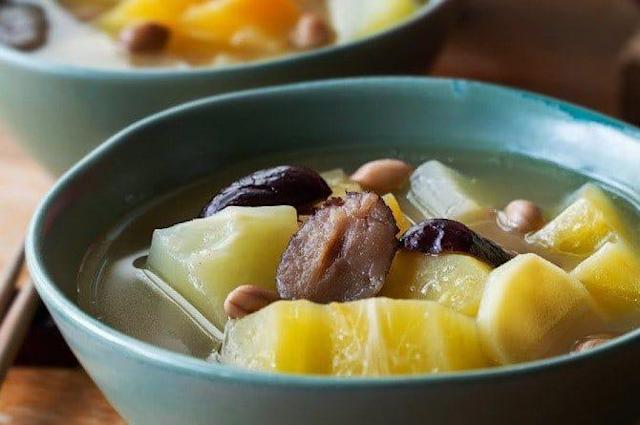 Ginger is a popular ingredient in most Chinese confinement food after childbirth, especially traditional herbal soup. It also expels “wind” or gas from the body. This wind was acquired by the mother after she gave birth, and if it is not removed from the body, it can cause conditions such as pains of rheumatism. It also helps with digestion and blood circulation in general. The anti-inflammatory and anti-bacterial qualities of old ginger are also beneficial to one’s health.

Because of their high iron content, black beans are said to be an excellent source of cholesterol-lowering fiber and folate, as well as for boosting blood circulation. It’s an obvious fact that during pregnancy, new mothers lose a lot of blood which is why they must eat iron-rich foods like black beans and pig liver. Its nutritious antioxidants aid in the mother’s general health restoration.

All the confinement food is prepared to fulfil the nutritional requirements of a new mother. These are the few ingredients used in the making of the food. However, all the ingredients used have an essential role in restoring energy and improving the mother’s immunity.